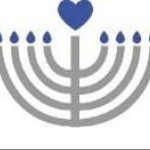 An ancient fate jewelry wrist wear.
In Kabbalah wearing a thin scarlet or thin crimson around the wrist is known to influence positive energy while warding off evil and negative spirits. An ancient tradition that carries strength and protection. The tradition is well known both among the orthodox and non religious communities dating back many hundreds of years. The color is scientifically proven to cause higher level of awareness and hence why it's used in safety signs and alerts. Cuffs and Bangles to ward off evil spirits can be seen on our online catalog in many different variations. Variations that are unique and specifically designed from ancient jewish artist's traditions. Some may contain special pesukim (biblical phrases) or kabbalistic combination of letters and others special gemstones that are known to have protective powers and elements. Most of all, our wrist wear carries a fashionable look that you'll want to wear it as a gorgeous piece everyday.
Specially crafted in Israel by Israeli artists many of our wrist wear is specially imbued with symbols and ancient amulets known to protect, heal and bring abundant wealth. When you wear one of our Israeli creations you'll not only enjoy the look but feel different as well. Imagine tapping into the wealth and resources of thousands of years of spiritual history and contact of the divine.
The source of the crimson wrapped around the wrist can be found in the Torah itself. In Bereshit chapter 38 Tamar becomes pregnant from Judah her father in law and gives birth to two twins. Here are the specific pesukim in the Torah where we find instance of the crimson. 27. And it came about at the time she was giving birth, that behold, there were twins in her womb. כזוַיְהִ֖י בְּעֵ֣ת לִדְתָּ֑הּ וְהִנֵּ֥ה תְאוֹמִ֖ים בְּבִטְנָֽהּ: 28And it came about when she gave birth, that he (the infant) stretched out his hand. So the midwife took and bound a crimson thread on his hand, saying, "This one came out first." כחוַיְהִ֥י בְלִדְתָּ֖הּ וַיִּתֶּן־יָ֑ד וַתִּקַּ֣ח הַֽמְיַלֶּ֗דֶת וַתִּקְשֹׁ֨ר עַל־יָד֤וֹ שָׁנִי֙ לֵאמֹ֔ר זֶ֖ה יָצָ֥א רִֽאשֹׁנָֽה: 29And it came about, as he was drawing back his hand, behold, his brother emerged, and she said, "With what strength you have strengthened yourself!" And he (Judah) named him Perez. כטוַיְהִ֣י | כְּמֵשִׁ֣יב יָד֗וֹ וְהִנֵּה֙ יָצָ֣א אָחִ֔יו וַתֹּ֕אמֶר מַה־פָּרַ֖צְתָּ עָלֶ֣יךָ פָּ֑רֶץ וַיִּקְרָ֥א שְׁמ֖וֹ פָּֽרֶץ: 30Afterwards, his brother emerged, the one upon whose hand was the crimson thread, and he named him Zerah. לוְאַחַר֙ יָצָ֣א אָחִ֔יו אֲשֶׁ֥ר עַל־יָד֖וֹ הַשָּׁנִ֑י וַיִּקְרָ֥א שְׁמ֖וֹ זָֽרַח:
With such an ancient source, it's no wonder you'll find many Israelis, Jews from around the world, and now even gentiles who upon visiting Israel will take the opportunity to buy one and wear for themselves. Found at the Western Wall in Jerusalem and often by Rachel's tomb, you'll see vendors of all sorts. However, it's quite often difficult to purchase a high end braided or jeweled piece found only online. Rather than just a thin crimson, the latest and newest fashion feature a strong looped silver chain, a braided leather wrap, and newly available in the most amazing designs in silver and gold.
Many popular pop culture artists have found that wearing one is beautiful and specifically worn to ward off the negative eye. Celebrities like Madonna-and even Madonna's daughter Lourdes-it, Britney Spears, Demi Moore, Ashton Kutcher, Lindsay Lohan have instituted the item as fashionable to wear. As a kabbalah amulet and talisman made out of braided leather to protect them from unkind stares and unfriendly glances". The wave of wearing these is Mediterranean in origin and especially used for women wanting to become pregnant. The Torah explains that the key to the womb is directly in the hands of the almighty himself instead of some ministering angel. The crimson is a talisman for that purpose. One non supernatural explanation of the crimson power is that it reminds the wearer to bear himself or herself with humility, so as not to attract envy. An individual's self pride , haughtiness is a source of problem which may cause the blockage of blessings from birth to wealth. Learning to walk humbly before God has been a human endeavor and challenge and when it isn't accomplished by means of logic and thought, it can be a reminder to work at it with a jewelry wristlet. Some of latest fashion crimson ties feature a Jewish charm such as a Hamsa, a star of David and especially an eye as a protective measure. Circlets, arm lets and bangles can feature this ancient protective wear adorning it in new ways and fashionable wear.

Jewishgift.com is an exclusive Jewish gift store offering jewish gifts from Jewish and Israeli artists from around the world with a quality, price and service guarantee. Don't take our word for it, shop online our Judaica store and experience for yourself the best Jewish gift store online. Click on the Red String department link above to begin.